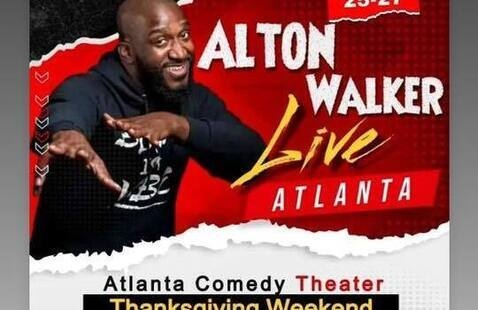 http://atlcomedytheater.com #atlcomedythtr
View map
Add to calendar
Save to Google Calendar Save to iCal Save to Outlook

Alton Walker is known for his hilarious comedy. His comedic delivery is proving to tickle everyone’s funny bone and he’s received notable nods such as: Winner of the Christian Comedy Association Showcase, the 2015 National Living On Laughter Gospel Comedy Association contest winner and The Search for The One Comedy Competition Finalist. He has performed in churches, comedy clubs, high school, colleges, & corporate events.