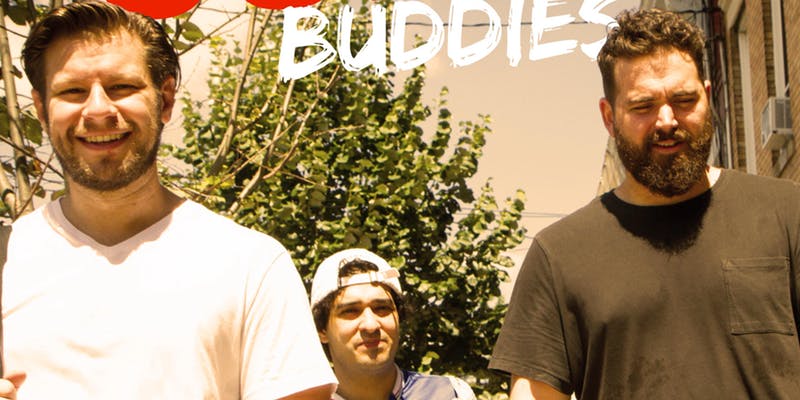 This is a past event. 06 Oct
Arts & Culture, Group-Friendly, Weekend Events

The Suite Buddies Podcast is a hilarious podcast with comedians and roommates Alex Pavone, Mike Albanese and Chris Scopo. These roommates record each week in their tiny 500 square foot New York City apartment. This October they're expanding their horizons and taking their show on the road (if even just for the spacious hotel rooms). Come see the Buddies perform live! Expect a riotous night of laughs as they individually tell stories and jokes about their lives and the world around them!

The Suite Buddies Podcast is available on Itunes (peaked in the TOP 20 world wide podcasts in 2018) and Spotify. Alex, Mike and Chris have been seen and heard on MTV, Netflix, BET, FOX, SiriusXM and more!

Live comedy has been a staple at Aurora Theatre since 2007. Enjoy club comedy in our intimate studio theatre on the square in downtown Lawrenceville. Aurora Comedy Nights is hosted by bright young comedienne Katie Causey and features top local and nationally touring stand-up acts as well as improv comedy. Aurora Theatre offers a full bar and there is no two-drink minimum.