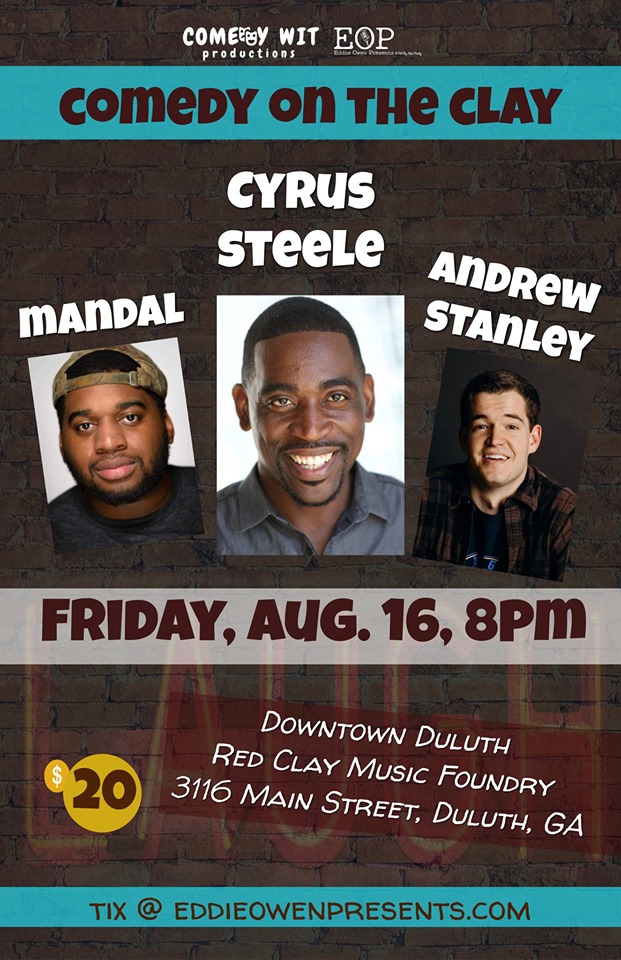 This is a past event. 16 Aug
Arts & Culture, Group-Friendly, Weekend Events

Andrew Stanley is an Atlanta-based stand-up comedian and homeschooled preacher's kid who isn't afraid of bringing his deeply rooted insecurities to the stage. Okay, maybe he's afraid, but he's doing it anyway. His observational style and dry sense of humor have pleased audiences across the United States and internationally. Andrew regularly performs at comedy clubs, festivals, churches, conferences, fundraisers, corporate events, breweries, Uber pools... He was named the grand prize winner of The 2017 Search for the South's Funniest Accountant. He was also selected to participate in the 2018 and 2019 Laughing Skull Comedy Festivals. Andrew's parents are still alive so he works clean.

Mandal is an Atlanta-based stand-up comedian, writer, and actor. He is known for his energetic performances and absurd sense of humor. He is the cohost for Clown School, a podcast about life's absurdities. He has opened for comedians such as Tig Notaro, Jamie Lee, and Donnell Rawlings. He has also performed at the Orlando Indie Comedy Festival, Memphis Comedy Festival, Nashville Comedy Festival and the Laughing Skull Comedy Festival.

As a dynamic performer, comedian Cyrus Steele is quickly establishing himself to be a comedic force through his wit and hilarious celebrity impersonations. He covers everyone from Barack Obama to impressions of Kevin Hart and Donald Trump! Steele appeals to all audiences young and old, with clean comedy and mining humor from his Southern roots, growing up in Savannah, Ga.