Don Felder at The Bowl 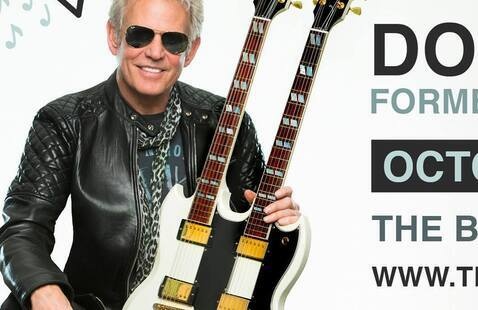 Don Felder will complete the concert series on October 26th. Felder is a former lead guitarist of The Eagles, one of the most popular and influential rock groups of all time. The band’s record-setting compilation Their Greatest Hits (1971-1975) sold over 29 million copies in the U.S. alone and was awarded the top-selling album of the 20th Century.  A member of the Rock and Roll Hall of Fame since 1998, Felder served as a member of the Eagles for 27 years, putting his mark on numerous Eagles milestones.  Felder originated the music and co-wrote The Eagles’ biggest hit- the iconic, Grammy-studded smash “Hotel California” – along with fan favorites like “Victim of Love” and “Those Shoes.”  Don is currently touring worldwide in support of his new album, The Road to Forever.