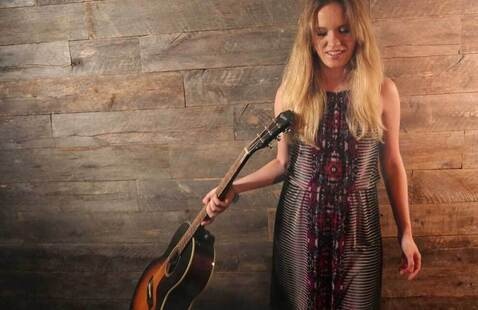 From singing at the top of her lungs while driving a ’96 Chevy Cavalier in the Florida Panhandle where she grew up, to the first time she recorded at Blackbird Studios in Nashville, music has always been an innate catalyst for Laura Rabell. Although her 9-5 life in Charlotte, North Carolina, was devoted to a career in marketing, Rabell’s desire and love for music didn’t go away. So she took a leap that so many others wish they could, ditching corporate America for Americana.

Since relocating to music city, Rabell’s proven herself worthy as one of Nashville’s rising songwriters – she’s got a song to sing, but more importantly, a story to tell.

Rabell, who drew from storehouses of grit and perseverance as she battled breast cancer in 2019 while putting the finishing touches on her debut album, Immortal, is eager to channel that energy into life as a troubadour in 2020 – touring, playing music and making new fans.

This veritable badass doesn’t shy away from exploring the dark side of life and love in her songwriting – through lyrics possessed by poetic darkness that is undeniably juxtaposed by her warm and friendly personality. The album combines this mystifying depth of character and Southern noir perspective with unique and lush musical landscapes of producer Dave Coleman’s Alt-Country invention.