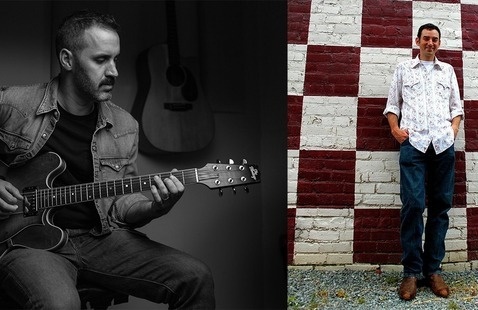 All aching pedal steel and cigarette-soaked pleas, Atlanta folk/Americana artist Parker Smith seems to put his own spiritual turmoil in a chokehold, elevating it until he squeezes out the elegant songs that make for his sophomore LP, Underground. Unlike most of his peers in the Americana community, Smith manages to defy being pigeonholed by inflecting his music with touches of blue-eyed soul (“Fray”), Asbury Park-indebted blues-rock (“Holy Water”), and even Gordon Lightfoot (“Arrowroot”). Of course, this album wouldn’t have been possible were it not for the crack-team of artists and players he assembled. Colin Agnew and Noah Kess both lent their production and mixing talents, while Colin also played drums and percussion and John Kingsley (pedal steel), Mimi Naja (backing vocals), Chris Case (keys), and Kelly McFarling (backing vocals) round out the supporting cast. These are songs not easily shaken from memory, with their raw, confessional nature and hummability: Underground grapples with pain, guilt, and heartbreak, on this breathtaking work of Americana.

An Atlanta-via-Athens, Georgia-based singer/songwriter and troubadour, Adam Klein’s music touches on Americana, rustic country folk, folk-rock, and West African Mande music. He performs in a variety of settings– either solo/duo, with his band, Adam Klein & The Wild Fires, or occasionally with his American roots-meets-West-African-roots project under his Peace Corps name in Mali, Lassine Kouyate.