Grayson Shakespeare in the Park 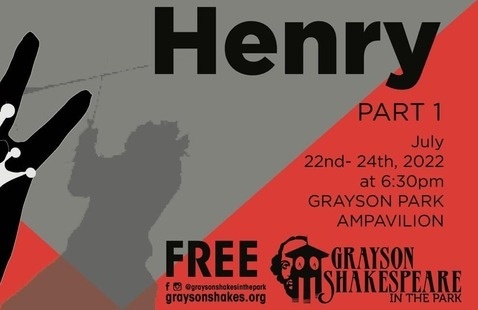 https://www.graysonshakes.org #ExploreGwinnett
View map Free Event
Add to calendar
Save to Google Calendar Save to iCal Save to Outlook

While his son Price Hal spends time in the taverns, King Henry IV argues with his former ally Hotspur. Angry, Hotspur gathers a rebellion, and Henry and Hal go to battle to stop him. Henry's army wins the battle, while Hal redeems himself from his wild youth and kills Hotspur.