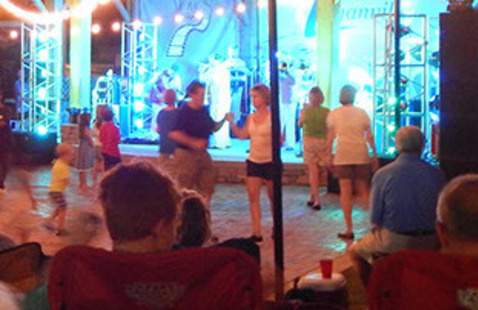 Based out of Greenwood, S.C., the band mixes beach music, frat rock, R&B and shag. They have played thousands of locations across the U.S. and abroad, with top 40 hits “She Drives Me Out of My Mind” and “Hey, Hey, Baby” — though the band is likely most well-known for its signature song, “Double Shot of My Baby’s Love,” which sold more than 1.5 million copies and reached No. 17 on the Billboard music charts in 1966.

Beer and wine are permitted at the Groovin’ on the Green concert series, though no glass bottles are allowed. Those interested in attending are encouraged to bring a lawn chair or blanket to enjoy the show. Food vendors will be on site.