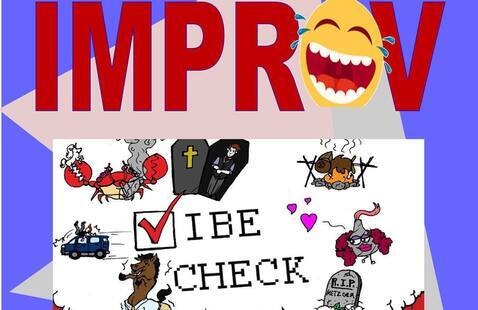 Vibe Check started back in 2019 and began where many improv troupes begin…in a theater parking lot. After a show in which some of the members were performing with Sketchworks Comedy, the four buddies had an idea: Let’s drink some wine. then, eventually got to an even greater idea: Let’s call an Uber, none of us should be driving. So, while in the Uber, after several laughs and serious talks about improv shows with various theater companies in the past, the group was forged: Vibe Check.