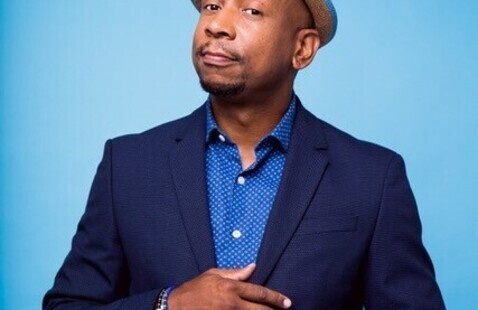 Straight out of our nation's capitol, Jay got his first big break on radio as the co-host of Baltimore's successful WXYZ morning show and was soon voted Baltimore Magazine's Comedian of the Year. He was a breakout success at the HBO Comedy Festival after becoming one of the top draws in the college market. He then caught the industry's attention in his recurring role on the Fox series The Daily Habit, through his hysterical sketch work and later in a dramatic role as "Jamani Phipps" on the FX drama 'The Shield.' Well known from his explosive performance on HBO's Russell Simmons Def Comedy Jam.  Phillips followed up his stand up success with performances on The Late Late Show.  Jimmy Kimmel Live and Showtime's Big Black Comedy Show - then landed a leading role opposite Will Ferrell, Woody Harrelson and Andre 3000 in the New Line feature Semi-Pro.