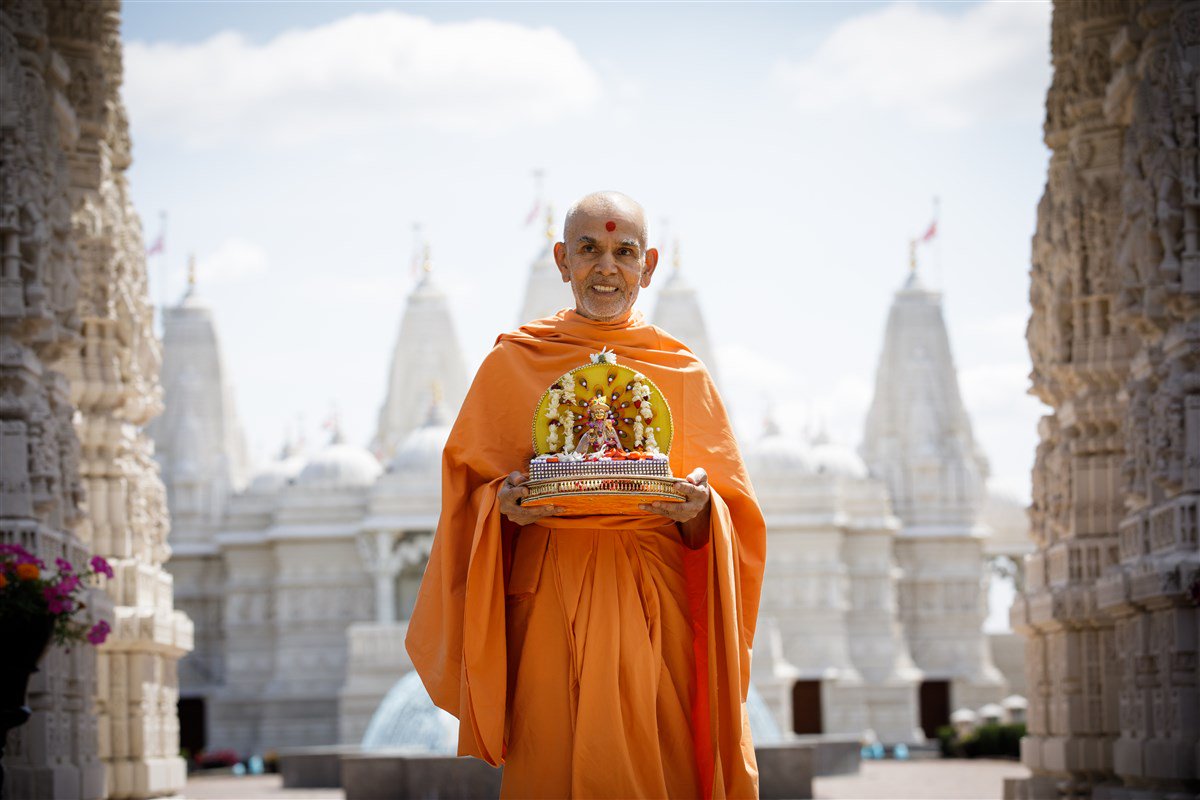 This is a past event. 07 Oct
Religious, Weekend Events

Attracted by  the spiritual charisma and selfless love of Brahmswarup Yogiji Maharaj, he accepted monastic initiation in 1961 and was named Keshavjivandas Swami. Having served Yogiji Maharaj with all his heart, he was appointed as ‘mahant’, the head, of BAPS Mandir in Mumbai. Over time, he became fondly known as Mahant Swami.

After Yogiji Maharaj’s passing in 1971, Mahant Swami Maharaj continued to serve devoutly, under the guruship of Brahmswarup Pramukh Swami Maharaj, travelling relentlessly throughout the world to inspire countless individuals through his profound and thought-provoking spiritual discourses. He has also offered his deep insight and guidance in many social and spiritual activities of the BAPS.

Join us to celebrate His Holiness Mahant Swami Maharaj’s birthday on Sunday, October 7, 2018 from 3:30pm onwards.