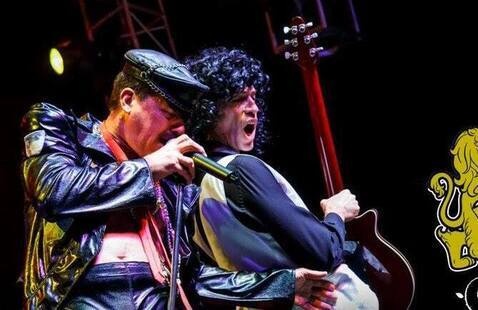 https://buford.37main.com #37mainbuford
View map
Add to calendar
Save to Google Calendar Save to iCal Save to Outlook

Queen Nation, a tribute to Queen, was formed in 2004. Queen Nation consists of: Gregory Finsley on vocals & keyboards as Freddie Mercury, Mike McManus on guitar as Brian May, Pete Burke on drums as Roger Taylor, and Parker Combs on bass as John Deacon. The mission of the show is to carry on the musical torch and pay homage to the golden age of vintage Queen concerts.