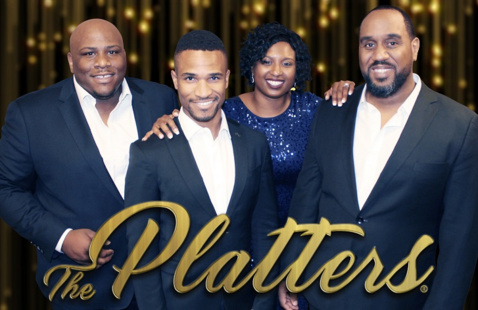 With classics such as “The Great Pretender,” “Only You” and their rendition of “Smoke Gets in Your Eyes,” The Platters became one of the greatest vocal groups of the early rock and roll era. Under the guidance of their producer Buck Ram, the Platters churned out hit after hit during the mid-late ’50s and ’60s, bridging the gap between more traditional vocal-group stylings and the popular R&B grooves of the early ’50s. Their sound was unique, highlighted by lead singer Tony Williams’ powerful vocals and the feminine touch of singer Zola Taylor.

The talented vocalists who comprise today’s touring group continue to open the hearts and minds of new generations of music consumers to the rich vocal and historical tradition that is The Platters — making their timeless melodies relevant to all ages of worldwide fans.