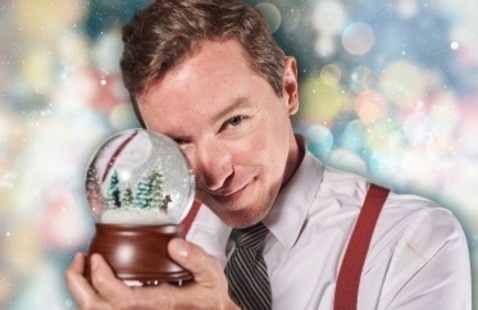 This hilariously-touching stage adaptation of one of the most popular and heartwarming films ever made stars Atlanta’s own Jeremy Aggers (Singles in Agriculture, Hands on a Hardbody). Mr. Aggers inhabits all of the wonderful characters from Clarence, Mr. Potter, Uncle Billy, Mary, Mr. Gower, yes even Zuzu, as well as the undeniably iconic George Bailey, who learns that it takes a lot more than money to be the richest man in town.

The quality and excellence that Aurora Theatre brings to live performances are coming to your home screen. We created a sound stage in our Studio theatre by removing all of the seating. We assembled the actors, musicians, a director and a small film crew, safely distanced and with health precautions. The filmed performance will then be available for your enjoyment at the time of your choosing.